The past few days have been proper hard. I felt quite ill some of the time, and my sleeping pattern has definitely been affected. That said, I'm proud of what we've produced, and we were lucky that not too much of our work did a Seth on us.

I've gotten so far behind in updating about it on here, but in my defense it was because I was at Kieran's working on the project where I can't just steal the internet anytime. Often it'll be because when we're not working, he's using his internet to play WoW. I can't laugh, cos they've finally managed to persuade me to get back on too. Paid for three months, with the intention of not playing it in August due to the sunny weather that might grace Pembrokeshire, or wherever I happen to be!

Anyway, enough of that. I might wander a bit, it's quarter past 6 in the morning and I'm not sure when I'll go to bed.. but I just got back from finishing Maya, so I can grace you with some photos of the sketches we did during PrePro [hehe, I'll keep calling it that, it amuses me]. Oh, and a plasticine man. 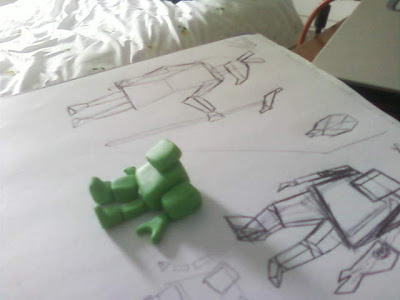 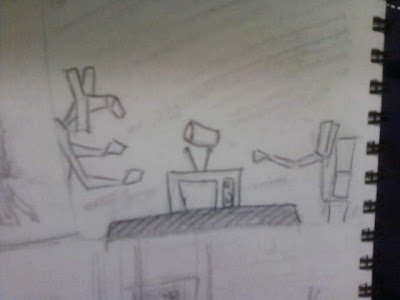 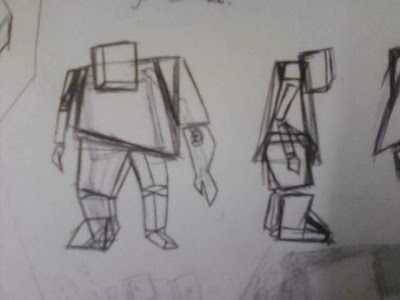 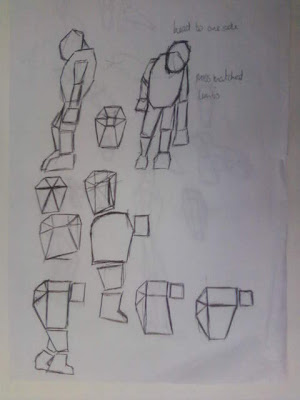 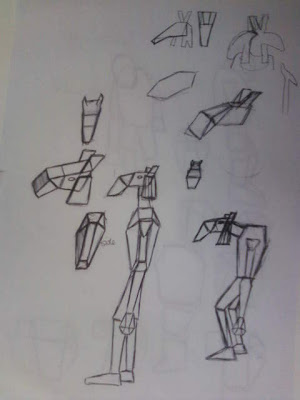 Initially we wanted to make Seth walk aswell, but time constraints, knowledge limitations and needing to learn how to use Maya alongside creating the full on [..well, primitive doesn't mean it has to look like crap, does it?] Maya animation persuaded us to try something simpler. After the crit, I may put the video up. Before then I might put up the playbasts taken from Maya.

It's kind of funny how our PrePro video is longer than the animation itself. I'm immensely proud of how the flickering of the welding looks, but ever so slightly worried that it might cause an epileptic fit when it's shown with the big projector like usual... Anyhoos, I need sleep! I've decided that the fact that I can hear the blood pumping around in my brain is a sign that I really should be asleep right now.

Posted by Charlotte Gyseman at 06:01