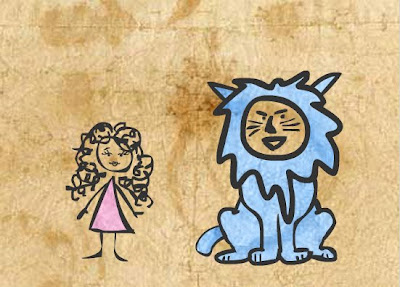 The other day [yesterday?] just for fun, I began making a series of flash clips, using voice clips my friend Daniel sent me via MSN during a random conversation [or three]. It's almost like a follow up to the AIR project I had been involved in recently.

[AIR - Animator In Residence. Basically the animator, Ian Gouldstone, would make a 5 second video clip for us to make a response to. We would have 24 hours to make our 5sec or less response. He would then respond to that, as if we were writing animated letters to eachother, creating a dialogue between two characters that were created by us as the story went on. Click HERE for the result...]

The project went on for a few weeks, and I found it a good way to practice different animating techniques or try new ones I haven't done before, such as the digital rotoscoping maya method Eric and Rhys introduced me to.

This is a video of one of my entries. Bit frustrating as I haven't figured out why I can't export Quicktime movies from Flash, so it wasn't in the format requested. I also ran out of time to do what I originally intended, which was to have a picture of a joker on the side of the red cuboid - like a pack of cards - which would have an animated facial expression.

Also... in the previous clip done by our character, we called Ian's character a leprechaun... I wanted to make a leprechaun style "Jack" pop out, but also didn't have time to get it done. I made the box and handle in maya, animated it in maya, and then put printscreens of each frame into photoshop and traced over the action there. Rotoscoping is a cool technique, but rather time consuming. Especially at 25 fps -_-

But yes. I'm going to show Dan the first one before I put them up anywhere, to see what he thinks. I imagine he'll end up laughing. I know I am, and I haven't even gotten to the good part yet.

Posted by Charlotte Gyseman at 18:36