My sister bought John Wiseman's New and Updated SAS Survival Handbook while I was away at uni, and she's been laetting me read it. It's pretty cool, but also makes me really want to learn the stuff in it, like building shelters etc. You know. Just in case.

Of course, it's a bit impractical for me to visit all the different climates and make sure I don't die there while I learn how to not die there, so I've got a plan.

I make an island in Unity. I give it all the different kinds of terrain featured in the Survival Guide. Then I build the key assets that can be found and used in the different kinds of terrain to build the shelters that help you survive e.g. blocks of snow for igloo building, bamboo in the tropics, logs for log cabins. Then I build every kind of shelter shown in the book, and every kind of cooking thing found in the book, and even the latrine methods and other things that you get shown how to build. 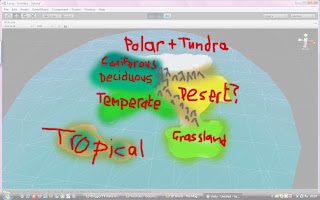 Working title: Gyland - easy to remember as it rhymes with island. I know, I'm super creative.

I won't be a pro at survival, but at least I'll have a fair idea of what can be done if I get stuck anywhere. And I'll get in some modelling and texturing and Unity3D practice in while I'm at it. Not to mention, I like to make things. I remember when I was little, playing with Polly Pockets, then making little environments and structures out of wet sand and twigs in a massive bucket for little woodlice to run around in. I think I've just remembered one of the reasons I was ever interested in 3D modelling software in the first place! Ridiculously fun.

Posted by Charlotte Gyseman at 18:02