Let's get this show on the road.

Here is what I should have posted a week or two ago... We've have since handed in the work and had the crit where people look at our work and we discuss what works and what doesn't.

Ours was recieved pretty well, in that the comments made were generally expected ones. Someone said more explanation of what was going on would have been nice, and we did initially intend to have a third shot of the deaths, to better explain what had happened, but had to take them out because we felt the standard was not good enough at that point. Dave said that was good decision making. Woo.

There were a few things he didn't like, such as the lamp lady turning on during rollover instead of on a click. I have to say, I was a bit annoyed that I missed out on a day of work near the end because I got ill and ended up in bed literally all day, but I reckon if anything is really annoying me about it I can have a secondary pop at it for my own personal satisfaction. There will be more criting tomorrow, as we didn't get through everybody today before the Maya tech.

The Maya tech was good, I learned how to make a ball bounce. It was very exciting stuff, I can tell you. I have the video Playbash or whatever it's called on a stick somewhere, so I'll put it up soon.
---

Less than a week to go before our deadline, and we just need to: 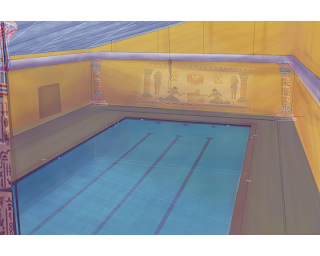 Temporary picture of the pool, a combination of our efforts 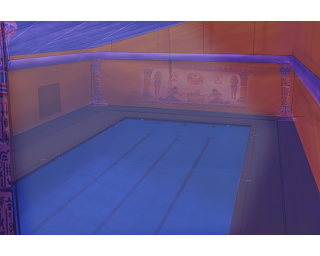 Temp picture of the pool at night. 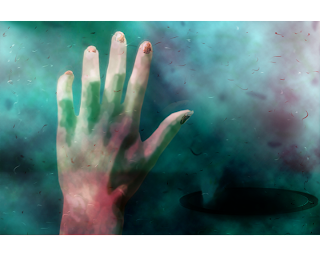 ...Pictures of some unfortunate person's hand... 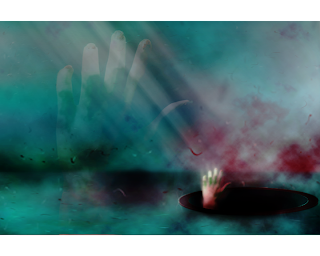 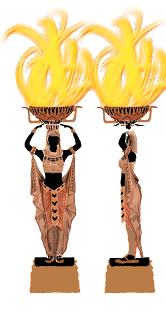 Based on a small lamp, this will be a life sized lamp in the scene, which will cause a death due to some kind of power surge. 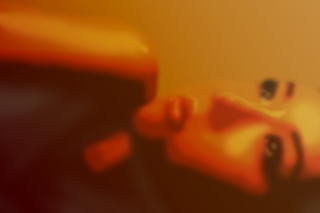 This poor girl above will eventually have a shard of glass in her eye... Also some more definition that will be taken from the source photo will be added. Oh, and some blood, lots of lovely trickly blood

Posted by Charlotte Gyseman at 17:29