Did they do that on purpose?

I was just doing some research for my dissertation [guess what, it might actually turn out okay!], when I noticed an advert on the right hand side of my screen. 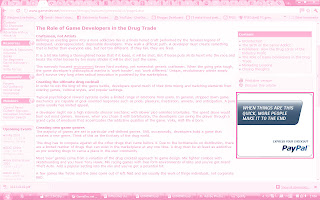 My mind, like most people's, tends to wander now and then when doing work. It wasn't hard to keep my eyes on the ad to see what happened next.

Picture the scene; you're on a boat, on your way to America. But it's not just any boat; you're on The Unsinkable Boat.. the one that sank after hitting the iceberg. You know the story. You don't make it onto one of the few lifeboats around, and die a long, horrible, freezing death.

Less than a hundred years later, someone makes not only a movie about it, but there are also at least two films called Titanic 2, and there are novelty icetrays to allow people to "recreate history in their glasses". I'm not joking, my sister received a "Gin and Titonic" icetray for Christmas. The ship shapes are too large to fit in a cup floating horizontally the way a boat should, so until they melt they assume a slanted half-submerged position.

I don't think I really need to go into detail about how sick it all kind of is... Meanwhile, the following advert for quick money transactions online appears on the net for anyone to see. 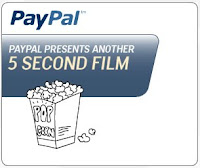 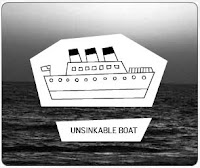 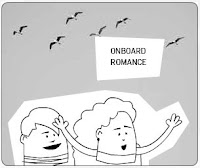 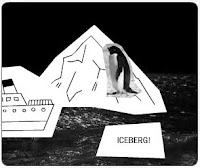 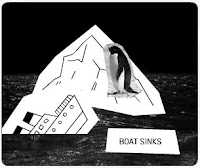 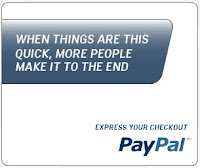 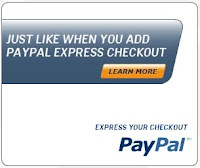 Now, is it just me, or is the wording on the second-to-last frame combined with the choice of movie displayed just a little bit unfortunate?
Posted by Charlotte Gyseman at 17:46

Email ThisBlogThis!Share to TwitterShare to FacebookShare to Pinterest
Labels: Animation