It's been two months since I started playing around with Autodesk 123D and Shapeways, so here's the second report of what I've managed over the past month. 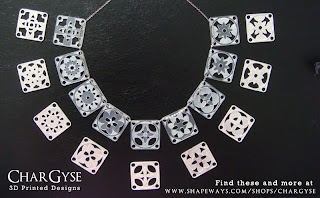 CharGyse 3D Printed Designs - Find these and more at www.shapeways.com/shops/chargyse

My first shipment of items arrived from Shapeways about a week later than it would normally take (production of sterling silver pieces was behind schedule on their end). I've been waiting to post this update so that I could include the photos of them.

Photos of the earrings and pendants
These are the photos I took only minutes after unpacking them from the box. I have updated the shop images with close ups, so you can follow this link to the [SHOP] if you want to see the close ups of them all. 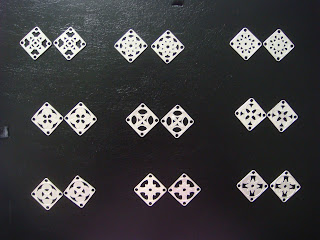 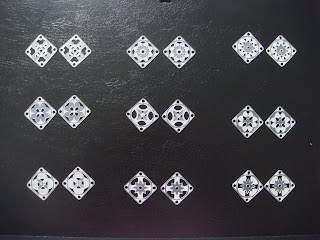 You can find these earring pendants in the Earrings section of the shop. 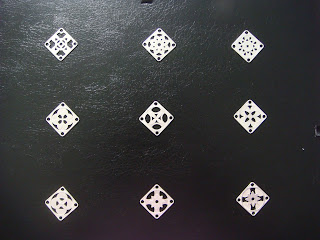 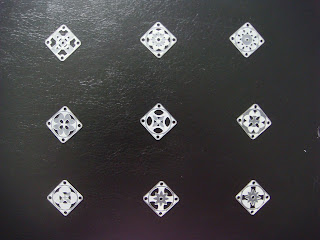 You can find these necklace pendants in the Pendants section of the shop.

Bangles to go with each set
I got the bangles done on time, doing two different designs; the second more dainty than the first. 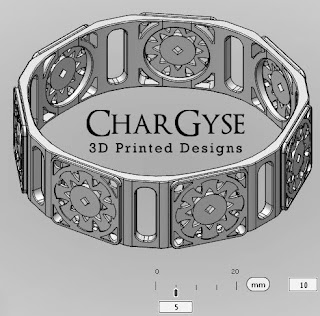 The "SevenBangle" style - one bangle, but with seven pretty sides to it 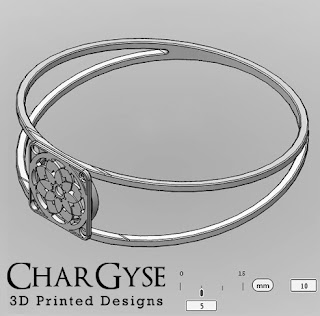 You can find these in the Bangles section of the shop.

Blender renders for a quick preview of the pieces
I did a little searching around and found a video tutorial on how to make a golden material in Blender. They've disabled embedding by request, but the link is here: Realistic Gold Material Tutorial Blender 2.62 (Cycles)

I followed the video but changed the colour I used so that it would look less like gold and more like a silver material. Here are some quick screenshots I took of some stuff: 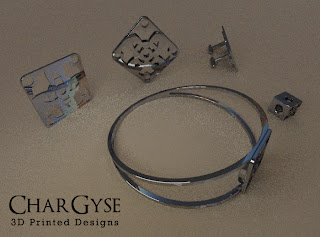 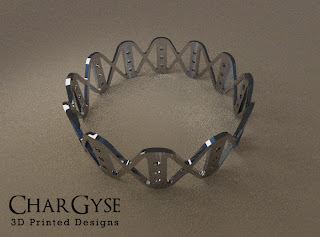 After the first shipment arrived though, I realised that I would need to change the Blender material textures. I remember seeing a "Brushed Steel" texture tutorial somewhere, which could be handy in achieving the layered look of the silver pieces - if I can find it again.

Beads
I have managed to get the beads modelled up - but I've yet to upload them to the Shapeways site. 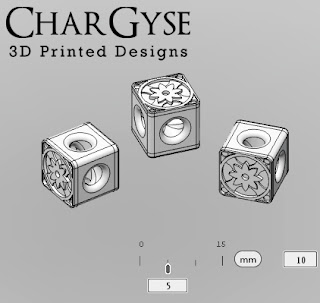 Rings
I haven't managed to do the rings yet, but I have decided how I'm going to do them. The ring band will be based on the DiAngled bangle style (the dainty, minimalist, second style above).

A new collection of designs - in "Stainless Steel"
Looks like the series based on Fibonacci numbers is going to go on hold for a while. Instead, I will be working on "Stainless Steel" versions of everything I have done so far, which should work out cheaper than Sterling Silver. Good for those who want a metal pendant, but at lower prices.

Marketing and Selling Stuff
Now that these are things that exist, I have to get them noticed out in the wider world with marketing materials and stuff.

Posted by Charlotte Gyseman at 22:39