You may be wondering about the title of this post. Or maybe you're not. In any case, you probably won't be by the end of it.

Gyland: Oh, has it only been a day since yesterday's post?

So, what happened was this: 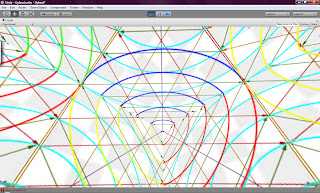 Which then turned into this: 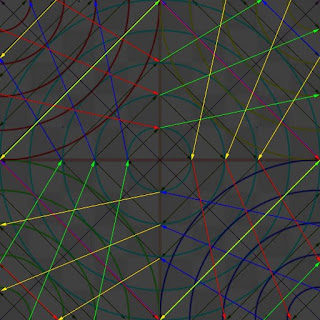 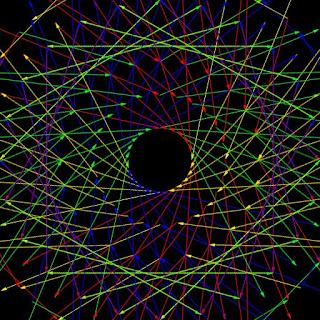 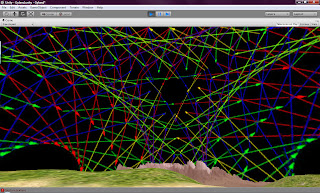 Which inevitably resulted in this: 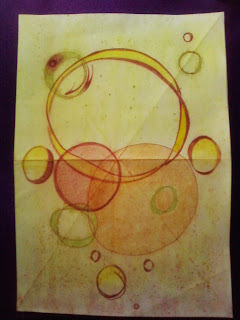 That's red biro hand-drawn circles on a scrap bit of paper painted with watercolour paints. Apparently there are only so many straight lines a girl can handle in one go.

In other news, I haven't developed the Morse Code game idea any further since I last thought about it. One of the WOF programmers, Dan Wynne, sent a few of us a message a few days ago about a game he wants to make based on a town like Dudleytown. Not sure what's going on with that right now, I think Dan's on holiday so I'll have to ask Pete what plans is.

I felt a little zap of inspiration today when someone I know posted on Facebook that Tetris is the reason kids drop bricks off of bridges. Made me laugh. I was thinking of a game based on the 'lives of Tetris block characters when they're not busy being dropped', but I don't know how long that idea is going to hang around for.

I also watched this recently:


Reminded me of a request made of me by a friend to make an inspirational martial arts film over summer... Except I don't know how I'd even begin...

I guess I'd have to start with baby steps. Maybe I'll watch some of the old Mighty Morphin' Power Rangers for inspiration, since it was a childhood favourite... Or I could use one of my friend's own fight scene films as reference for choreography and recreate it with some snazzy cartoon characters in place of the human fighters. Haha. Ooh! Maybe I'll use some of the old flash characters me and Ben were working on. Maybe Squeak and Headphone Jack...

I don't think this is going to be quite what Mr Ware meant when he requested an inspirational martial arts film.

Posted by Charlotte Gyseman at 20:40